As some of you know, I’ve been studying Russian for (mumbledymumble) number of years (it’s more impressive if you think I just started…). Besides Cheburashka and other adorable Russian cartoons, the most exciting aspect of learning the language for me has been exploring Russian cuisine, a kind of cooking that– I thought– was completely unfamiliar to me. But as I started researching recipes and learning some of the staple flavours of Russian cooking (mmmm dill), it suddenly started to seem pretty familiar. Since my family has ties to Sweden and I’m one of the main cooks for our enormous Swedish Christmas meal (tune in later for those exciting and exhausting adventures), I began to recognise some dishes that I’d seen, in slightly varied form, before. Dill, potatoes, beets, strange fish dishes that no one else wants to eat… it was a food language that was actually more close to me than I’d originally thought.

Enter blini (блины), those adorable pancakes that I had definitely made before. Swedish pancakes, thin like crepes and with a minimum of toppings (not like the whipped cream sugar strawberries chocolate piled-high beautiful fluffy monstrosities Americans adore), share a lot with their Russian pancakey cousins. This is my first time using a Russian recipe, rather than a French or Swedish one (I’m fluent in French, but only able to read recipes in Swedish through years of trying to decipher my Swedish half-sister’s bilingual personal cookbook). The recipe is courtesy of the brilliant Yelena Strokin and her Russian Mondays, for which I can never be grateful enough.

I made them for my Mama’s birthday celebration, and we filled the table with toppings. Alas, I was so busy in the kitchen, wielding two hot pans and churning out the little round pancakes of happiness, that I managed to get only one picture! Everything disappeared magically as quickly as I could get it out. 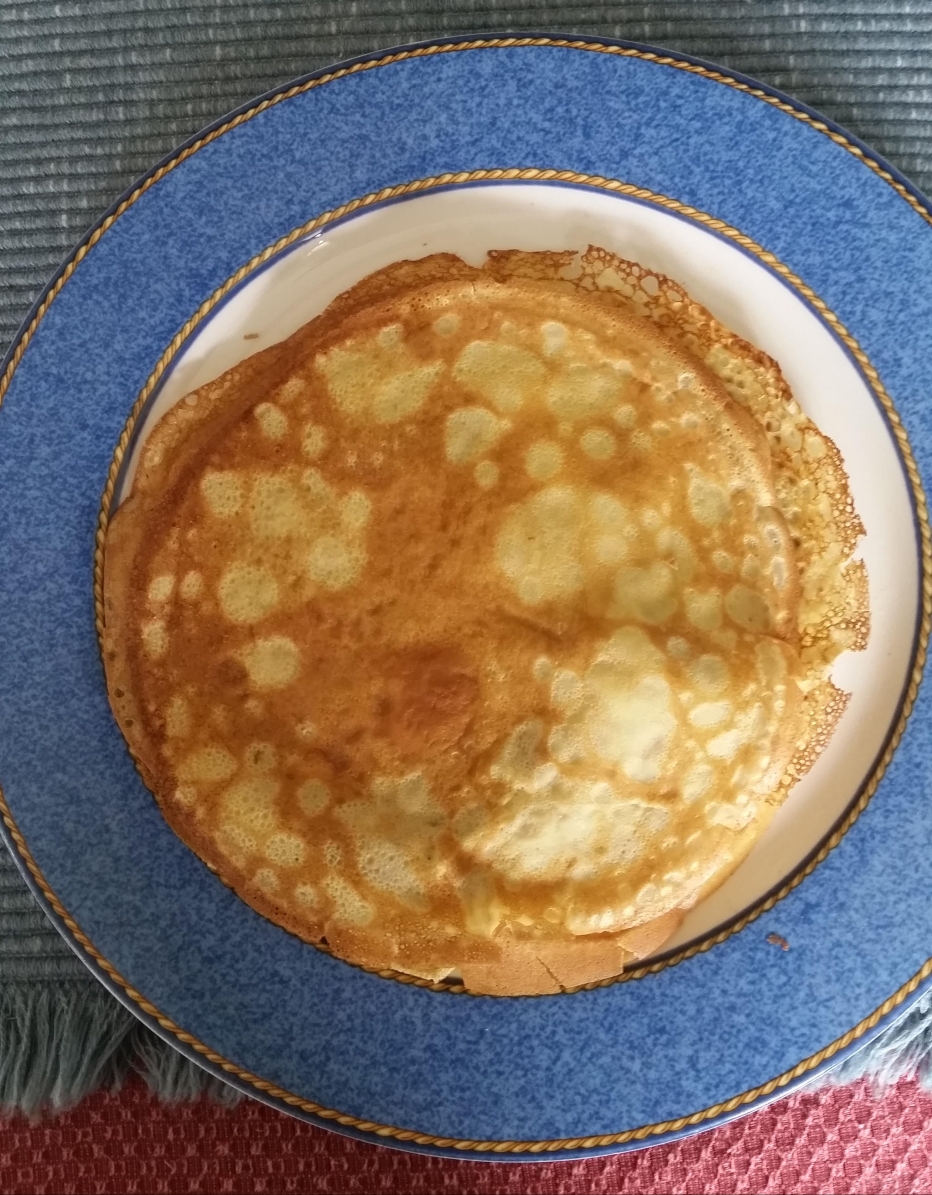 The night before, I had a less hectic and more personal celebration with my lovely Mama. Growing up in the remote mountains of Southern California, our closest friends were a wonderful Polish family, who in many ways helped raise my twin and me. We used to go over for sleepovers, run around after their dog Frisky, and eat as much of we could of the magnificent Polish food that our friend made. She still, when we visit, brings out plate after plate of vegetable salad (sałatka jarzynowa), stuffed cabbage in tomato sauce, brown bread with kielbasa and cheese, and finally, my true love, homemade pierogi, all the while protesting “I hope it is enough, I didn’t make very much…”. On my favourite days after school, the entire meal was pierogi, those beautiful little dumplings– first, stuffed with beef and then apple pierogi with powdered sugar sprinkled over the top.

My mama, too, I know has fond memories of these meals, and I’ve always wanted to make her pierogi. But when I asked our Polish friend for the recipe, she stared at me blankly. She’s never used a recipe, and had no idea how to describe what she does. When I first started exploring Russian cuisine, I was overjoyed to find my familiar dumplings in Russian form. Yes, there were differences (god forbid you compare them too closely!), but to me, the first time I tasted Russian pel’meni (пельмени) I was immediately transported back to my childhood. 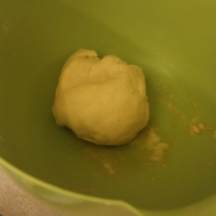 I’ve translated and adapted a recipe from Russian here for you, and converted the measurements into standard American units. It’s the first time I’ve ever made pel’meni, and I want to continue to work on different fillings and the exact dough I want, but for a first try, I was very happy. As my Mama and I sat there, late at night, feasting on the little dumplings smothered in sour cream and dill, it felt like a shared nostalgia, the perfect eve to a very important birthday. 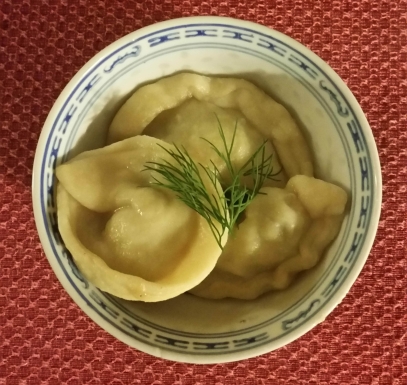 Dough: Combine flour, sugar, and salt, then add milk and water, and stir. Then add lightly beaten egg and mix. Knead in olive oil (you may need less than 2 TBS depending on the texture– you want a soft but not sticky dough). Knead the dough on a lightly floured surface until elastic and not sticky. Put in a lightly oiled bowl and cover with a clean kitchen cloth. Let rest for one and a half hours.

Filling: While dough is resting, gently fry up onions over low to medium heat with a little bit of butter or oil in a frying pan. Turn up the heat and add mushrooms, stirring until brown. Turn off heat and add mashed potatoes, a little more butter to taste, chopped fresh dill, and salt and pepper to taste. Let cool completely.

Shaping: Take dough out of bowl and put on a floured surface. Cover rolling pin with flour, then roll the dough out as thin as you can (the dough cooks better when thin). Make sure not to use too much flour, or it will make shaping the pel’meni more difficult later, as it won’t pinch shut properly. Using round cookie cutters or the top of a glass turned upside-down, cut out circles of dough and stack on a plate. Take a spoonful of the filling (less than you might think), place in center of dough circle, and then fold a dumpling around it. There are many different possible shapes, but I find that folding the circle into a semicircle, pinching all the edges thoroughly, and going from there is the best.

Cooking: Bring a large pot of water to a medium boil. Drop about 5-10 pel’meni in at a time and cook for 5 minutes, making sure not to overcook. Use a slotted spoon to fish them out and put them on a plate to cool a little bit.

Smother in sour cream, more fresh dill, and then eat and enjoy! 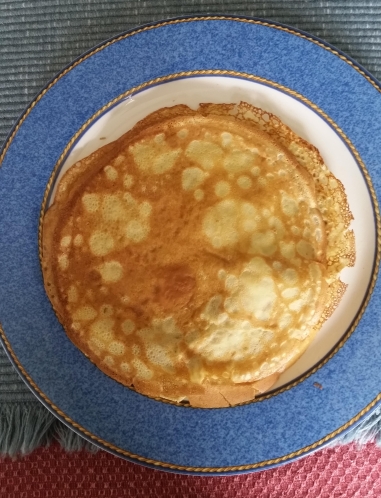 2 thoughts on “Pel’meni and Blini”